Office of Science and Technology Policy | The White House

Office of Science and Technology Policy | The White House 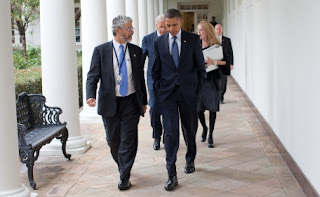 END_OF_DOCUMENT_TOKEN_TO_BE_REPLACED

OSTP Director John P. Holdren issued a Memorandum for the Heads of Executive Departments and Agencies on the subject of Scientific Integrity.

On December 16, the President's Council of Advisors on Science and Technology (PCAST) released a report entitled “Designing a Digital Future: Federally Funded Research and Development Networking and Information Technology."
END_OF_DOCUMENT_TOKEN_TO_BE_REPLACED

...by the seasonal chill; 2010 ties for hottest ever.
Got a fun fact or news story of interest? Send us your candidate Tweetoid of the Day via Twitter (#TOTD).